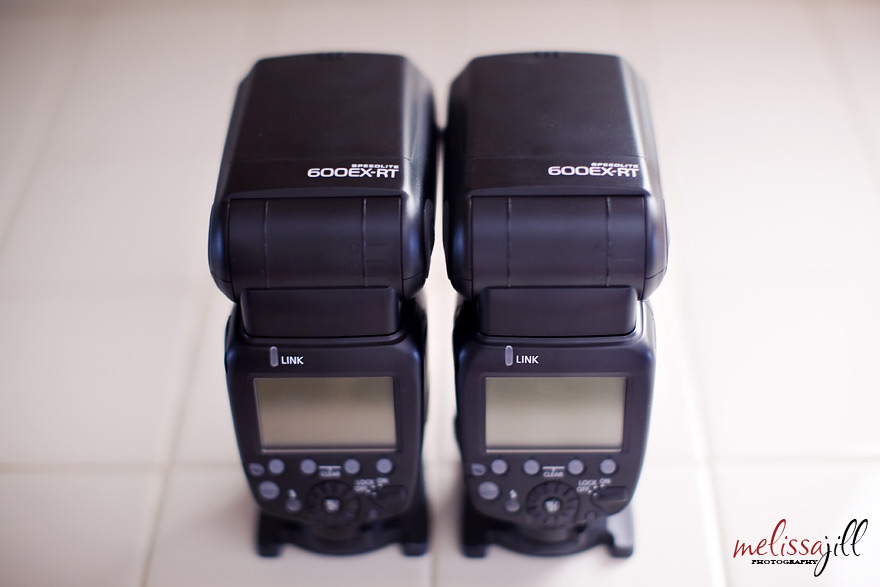 B&H recently lent me two of Canon's brand new 600EX-RT Speedlites to test out for one month. I was so excited to get my hands on these because they have radio transmission capability built in so the idea is that you no longer need pocketwizards. I had to see this for myself.

I tested these babies out at my wedding Saturday and wanted to share the results with you.

A little background: I've been using this set-up for years. I've gotten great results with it but at the price of a whole lot of fiddling, frustration and inconsistency. My off-camera flash with my pocketwizard set-up fires inconsistently. It is really hard to diagnose why. When it's not working, I fiddle with the cords and connections and sometimes it miraculously starts working without any rhyme or reason. Other times, it doesn't work all-together. It seems that the venue has a lot to do with it. Maybe some venues eat radio waves? I don't know. But it's frustrating and nearly impossible at times to diagnose the issue.

Last week I read part of the manual for the 600EX-RT and played with it a bit at home. I talked with my friend Jared Platt who has tested them out himself fairly extensively and he said he never once had a mis-fire in all his tests. So going into Saturday's wedding, I was hopeful. And the main result I was looking for from these new Speedlites was consistency. Firing EVERY SINGLE TIME.

Saturday's outdoor reception was the ultimate test for radio transmission because outdoors there are no walls or ceilings for the signal to bounce off of. I tested them during the toasts and a video montage, capturing the couple's reactions. I had the camera up to my eye for 20 minutes straight aimed at them to capture these emotions and neither flash failed once. I was so thankful to have the off-camera flash in the background. Without it, these photos would have been so flat with a black whole behind the subjects. 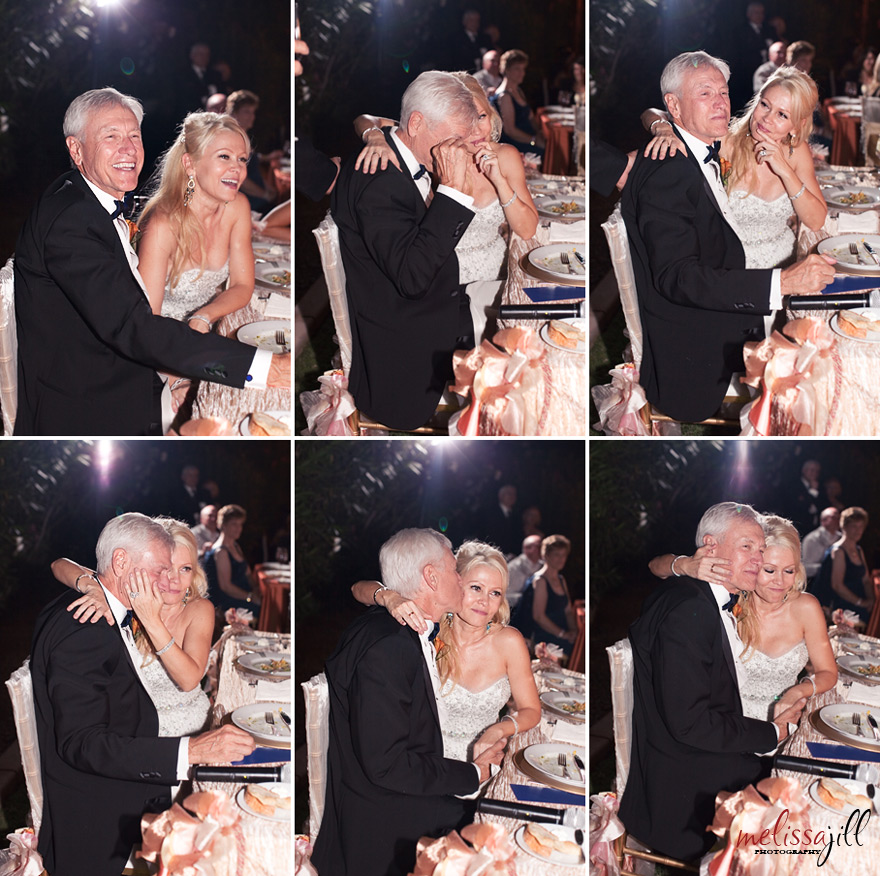 During the groom's welcome speech, the off-camera flash was three tables, a dance floor plus some away (I'm horrible at judging distances. What would that be -- 60-80 feet?) and you can see it going off even at that distance. Outside. With no bounce. 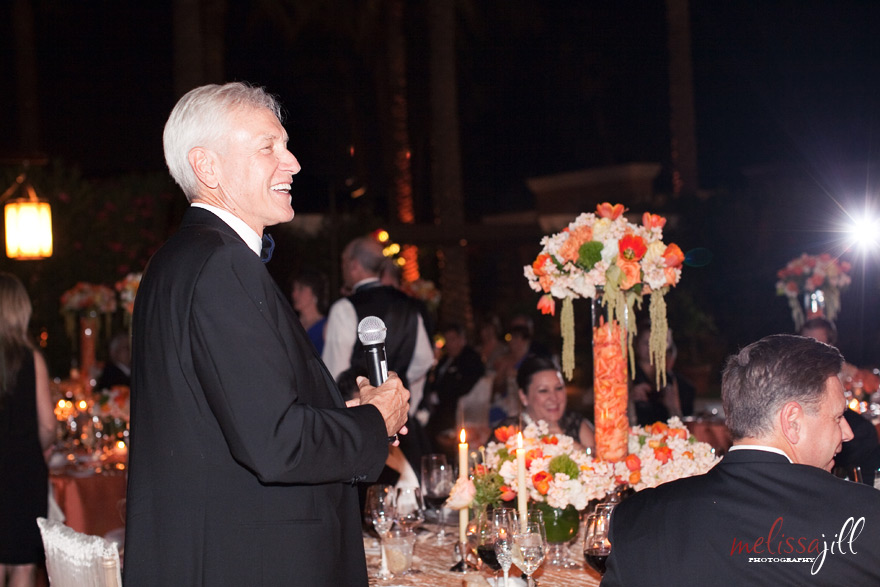 Cake cutting is rapid fire for me and I didn't have a single shot where they didn't fire: 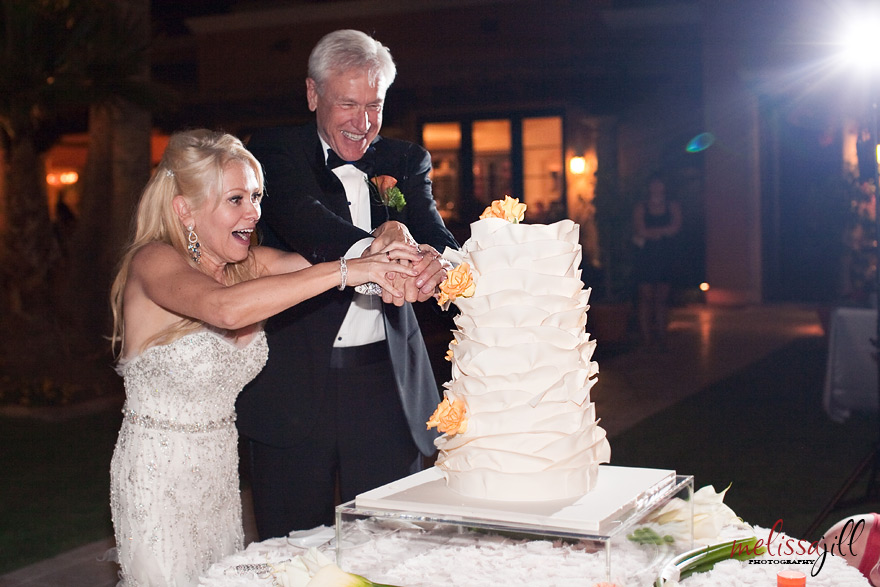 I took the light stand out front to document the car decorating. It was pitch black and they fired every time: 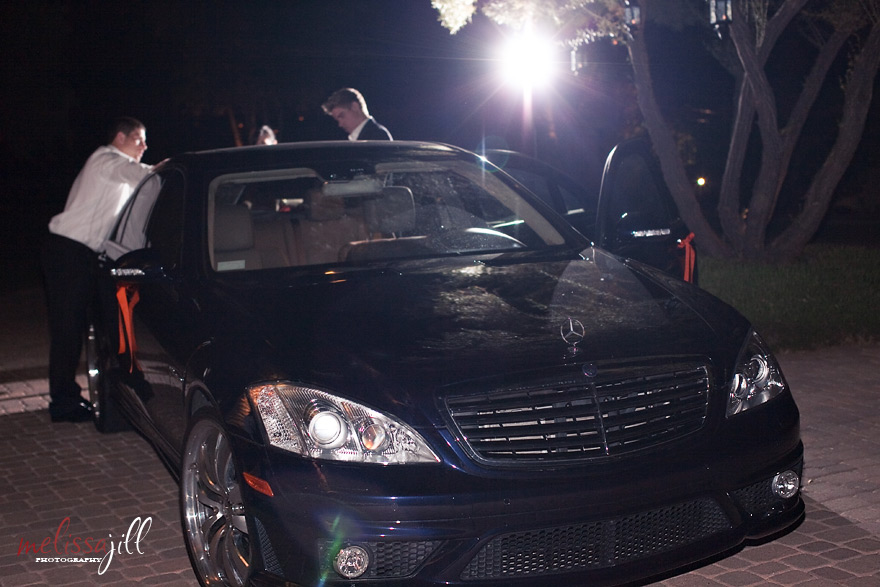 I didn't do a ton of open dancing shots at this wedding, like I usually do, because there were so many other things to occupy me, but here's one example. The OCF fired every time. There were a handful of times that my on-camera flash didn't fire, but it's possible that was because I use an older Lumedyne Battery Pack on it and I was shooting so rapidly. 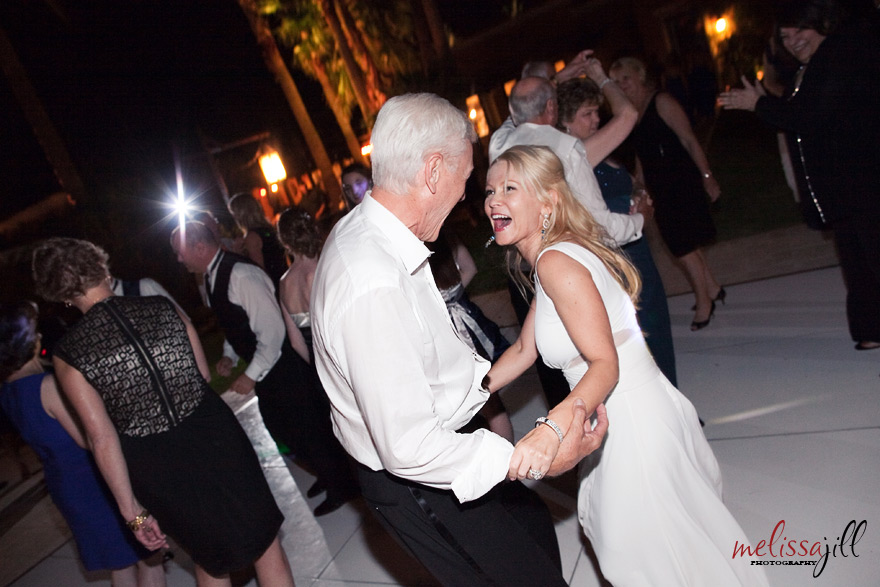 And for the sparkler exit, I switched my on-camera flash to a setting where it didn't fire but did transmit to the off-camera-flash and had my assistant hold the OCF just up and to the right of me. Great result, and again fired every time: 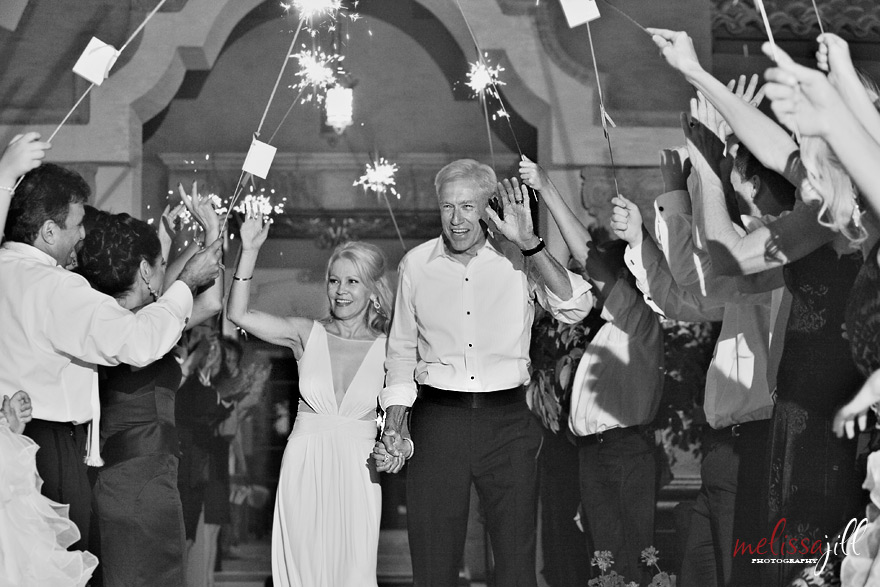 I came home from the wedding and bought them. I'm thrilled with the results.

The pros:
-VERY consistent. Stronger radio frequency than pocketwizards.
-A feature where you can scan 15 channels and the Speedlite will tell you which channel is the strongest at that particular venue.
-Comes with color filters (didn't get a chance to play with these, but seems like a cool feature).

Limitations:
-These are made to work optimally with Canon cameras released this year or later. I shot Saturday's wedding with my 5D Mark II and only had the option to shoot with both Speedlites on ETTL or both on Manual. I'm used to shooting with my on-camera flash on ETTL and my off-camera on Manual so this was different for me. But with the 5D Mark III (which I also placed an order for -- eek!) you can shoot with your 600EX-RTs on different modes. I still think, even with the 5D Mark II, these are far superior to my old pocketwizard set-up. So I wouldn't let this limitation hinder you from purchasing them.

I still have a lot to learn with these, but I'm excited about their capabilities! If you shoot off-camera-flash at receptions, buy them NOW. I know they're a little expensive, but remember -- you can sell your pocketwizards. They are a flash and pocketwizard in one so really, a great value.

Edited to add: To read a cliff-notes version of how I set-up the settings of my 600 EX-RT units to work for me at wedding receptions, click here.
Share On: FacebookTwitterPinterest
+ Comment +