GET MJP IN YOUR INBOX!
Category: Autism • View All Posts 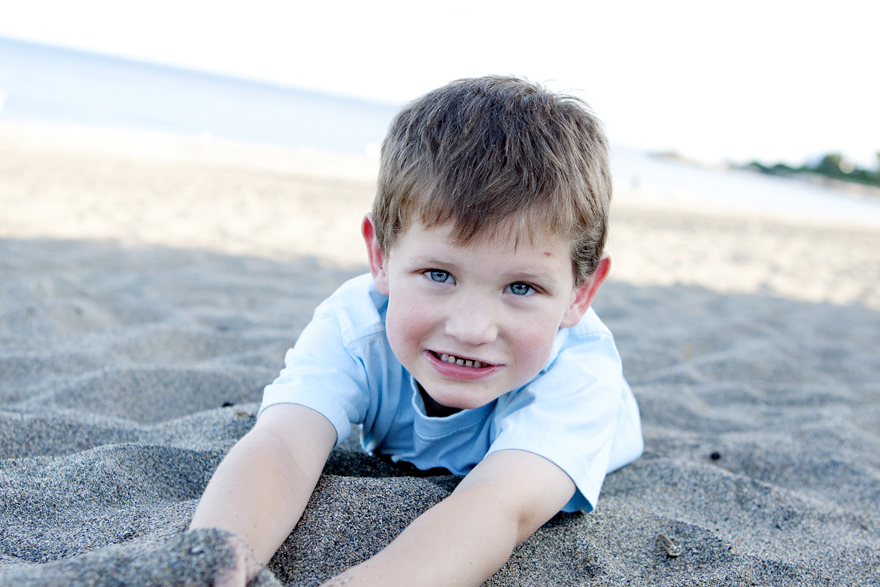 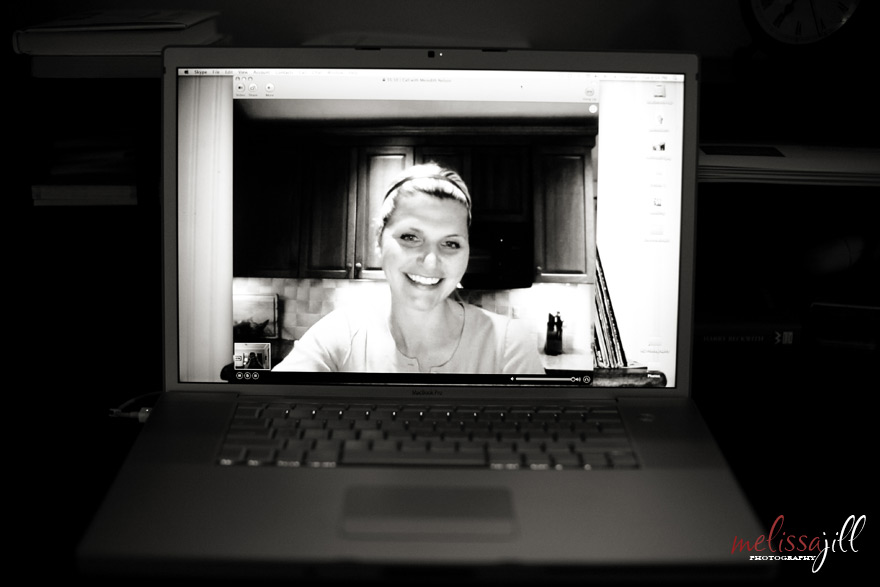 In chatting with Meredith I found out that she has a son with autism. It was so fun to connect with her and hear a little about her experience. I knew after our conversation ended that I wanted to share her story with you.

For months now I've been doing a weekly autism awareness post. I've thrown a ton of info your way but what I hope you see in the midst of all the info is real people. Real families experiencing the reality of autism. Every child with autism is unique. And every family has a different story.

Last year my friend Kindra who is a crazy-talented writer and story-teller, crafted a story about my sister's family. It was SO touching and powerful. The power of story in communicating truth is unparrelleled. So I'd like to share the stories of some of my blog readers who have a loved one with autism. Hopefully in doing this your understanding of the diversity of the landscape of autism will be enriched.

Thank you Meredith for sharing your story. Thank you Kindra for crafting it.

He had always been a babbler. He babbled sooner than any of the books said he should. And then one afternoon we were at a park and he said his first word.

At only ten months old, Drew toppled over at the playground, and my brilliant little boy knew to say Uh Oh.

I was so proud. I squealed. I hugged him. I made a small scene. Then I sat on that park bench and glowed -- the way that only a first time mother can glow. I knew this was where my boy was going to shine; he was going to be a talker. I could already tell by that look in those baby blue eyes that Drew had a lot to say. He had a lot to tell me. I was so into him. Had I known those precious 16 weeks between 6 months and 10 months would be the only calm, normal days with my precious boy, I would have savored every moment a little bit longer.

Drew was my first-born and he was beautiful. Always smiling, always happy, always charming. As the months went on I recorded everything he did in his baby book. I recorded his first steps, his first words, the first time he smiled a real smile -- not just gas. I recorded our favorite game -- the rules were simple: I made a sound, he repeated it. I said dah-dah-dah-dah and Drew said dah-dah-dah-dah. We played this game driving around town; me in the front, Drew in the back, both of us dah-dah-dah-dahing. With a special silver pen I would mark these monumental moments in Drew's baby book. 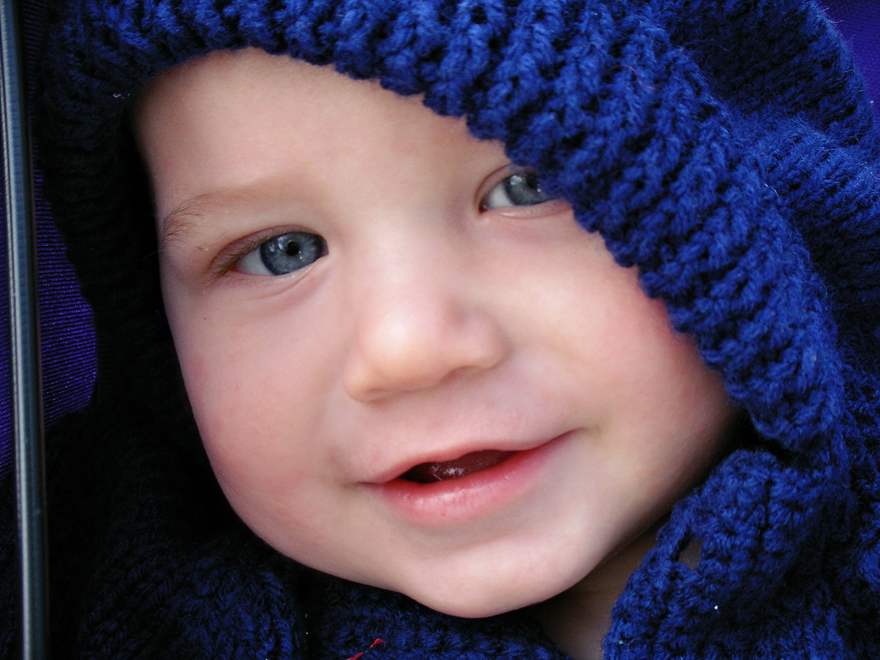 However, there were things I left out of the book. Things I filed somewhere in the back of my mind -- a place where mothers store things that don't add up. Things to be referenced later. The trauma of his birth. The sensitivity of his stomach and the many formulas we tried before we found one he could tolerate. That he cried when he heard sirens. That when he was three months he had a reaction to a specific shot. And that despite the fact that he wasn't in daycare he was always sick.

And then one afternoon we were Christmas shopping with my mother. I was in the front, Drew was in the back, and I wanted to show my mom what my boy could do. So I said,

Drew said nothing.
I looked over my shoulder to see my son, my talker, silent.
"Drew, Drew, you know this game."
Silence. In his eyes I heard him say, I don't know this game anymore.

It was then that the special silver pen entries stopped.
That Drew's childhood landmarks...paused.
And I thought, Oh my gosh. I lost this child.

On his one-year appointment, it was time for more vaccinating. I looked at the needles lined up on the cart; there were so many -- six in all, including a pro-quad which was a bonus-four-in-one vaccine. My instincts told me to ask, so I did: "Should I just come back in a few weeks and do half of them then?" I was assured this was normal, and six vaccines and a flu shot later, I took my boy home.

I always had faith in experts.
I trusted their leadership, trusted their wisdom, trusted their analysis and reason. I was comforted by the fact that someone had the answers. But as Drew moved forward in age, he moved backwards in development. Losing words, losing comprehension. When I expressed these concerns to the experts, they told me not to worry.

"Do you think my child has autism?"
No Way was the response.

The journey to the truth about our son was a long one. I was overwhelmed, exhausted, and desperate. I watched other mothers of children this age and they weren't as weary as I. Drew could still be charming, could still be smiley, he could be silly. People would look at my boy and think he was a perfectly healthy toddler. But I knew different. He was defiant and frustrated that he couldn't communicate. His tantrums were an out of body experience. I would lose my son to these tantrums and he wouldn't come back to me for an hour. Experts told us it was just language deficiency. It was just behavioral. That nothing was wrong with him. That I was crazy -- though that was mainly sub textual.

Then one day, two years and another child later, we heard the answer "Yes."
It came in the letters PDD NOS.
"Pervasive Developmental Disorder - Not Otherwise Specified." This meant Drew had some, but not all, of the symptoms associated with classic autism.

We finally had an answer, a diagnosis, a game plan, more services to better help this little boy. It was a relief to know I wasn't crazy. But with that diagnosis we knew that the life of our son would be very different; nothing like what I dreamed that day when my brilliant little boy said Uh Oh on the playground.

I always had faith in the experts, and in some ways I still do. However in my experience, when it comes to autism, no one has answers. No one is on the same page. And no one knows your child like you do. I had to make a choice. I was persistent, I'm sure I was aggravating, and I refused to let it go. It is unsettling to go against what you've been taught all your life -- to trust the experts, to do what they say -- but as Drew's mother, that simply wasn't an option.

Everyone has an opinion. When flu season comes around I get asked one hundred different times if Drew will get a flu shot, and with my answer I get one hundred different responses. I tried going to a therapist to help me deal with some of the guilt I carry and even she had an opinion -- I left there feeling more guilty. Then I started my own photography business -- it was the best therapy I could ask for. Through my art I was able to find me, the me that got lost in all of the confusion, worry and fear. 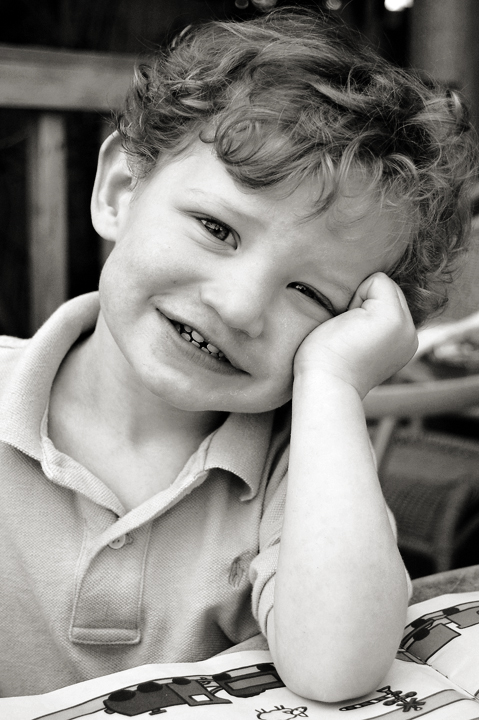 Today, at four and a half, Drew is doing great and has developed skills. He can put together 4 and 5 word sentences. He has learned the difference between a boy and a girl. And he is in a classroom that can support his individual needs. We celebrate the simple things. Instead of hoping he is a brilliant "talker," we are happy when he simply interacts with another child on the playground. We want him to have friends, to live a fulfilling life, to never lose his heart of gold. When other parents wonder if they should wait for kindergarten so their kids will be better at sports, I bite my tongue. We're hoping Drew can someday go to the kindergarten where those children go.

We're not looking for miracles, we just hope for a taste of normal. I have Drew to thank for this gift of perspective.

For those of you reading who may be searching for answers, don't stop until you find them; even if it means going against everything you've been taught. In a world we can't control, stay informed, stay involved, and stay hopeful.

Finally, don't put your silver pen away...every day with a child, especially those as unique as ours, is monumental. There is always a reason to celebrate. 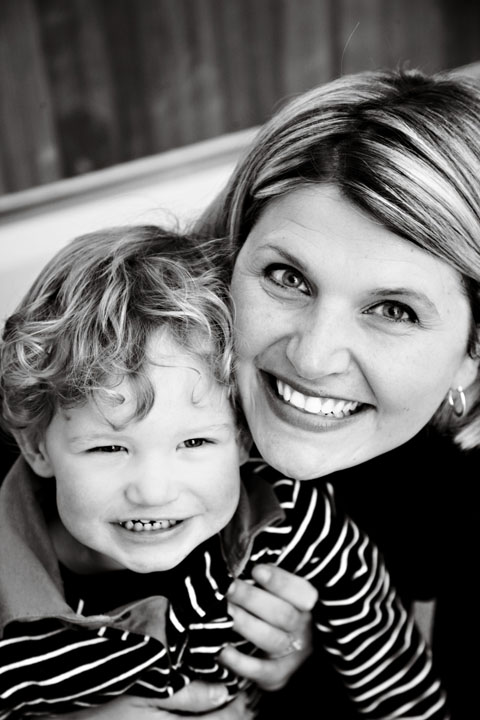 To find out more about Meredith, click here.
To read more of Kindra's work, click here.
If you are a blog reader who has a loved one with autism and would be willing to share your story, email me.

Next month I will be leading a team on a walk in Phoenix to raise money and awareness for Autism. If you'd like to join us, you are more than welcome! And please, please, please consider donating to help us meet our goal of raising $2,500!! Funding is desperately needed!

Click here to donate or join our team. To borrow a line from one of my favorite TV shows -- you CAN make a difference!
Share On: FacebookTwitterPinterest
+ Comment + 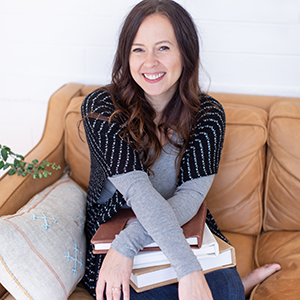