GET MJP IN YOUR INBOX!
Category: For Photographers • View All Posts

What are the costs involved with shooting film? 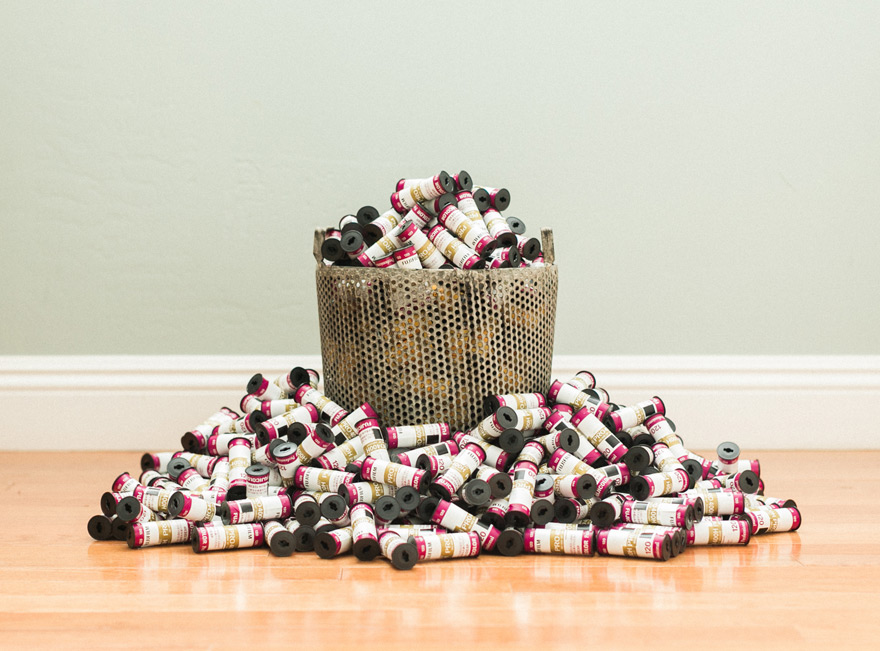 Hey guys! As many of you know, I made the transition to shooting medium format film last summer and I am hooked! I've gotten a lot of questions about my transition from photographers, so I'm attempting to answer them slowly but surely on my blog. I'm tackling three more questions today, but make sure you click below to read past posts if you missed them! And if you have a question I haven't answered yet, leave it in the comments below and I'll make sure to cover it in a future post!

Is Shooting Film Scary?
Do Clients Care About Film or is it Just a Trend?

Q: What are the costs involved with shooting film?
A: Shooting medium format film definitely comes with a price tag. There are two primary costs: The up-front investment in equipment, and the ongoing cost of film and lab fees. The Contax 645 film cameras that I use are no longer made new, so you have to purchase them used. A kit with camera body, Zeiss Planar 80mm f/2.0 lens, and a few accessories is going for approximately $3,500-$4,000 right now. And if you're serious about shooting film professionally, you need to back up all your gear. So you bite the bullet and get two of everything. I also purchased an external light meter for $200. Depending on your current set-up, you might have to rethink your bag situation. I shoot primarily film throughout the wedding day, but like to be able to grab my digital camera for anything with fast movement, so I invested in a Holdfast Moneymaker Harness so I can carry two cameras at all times. 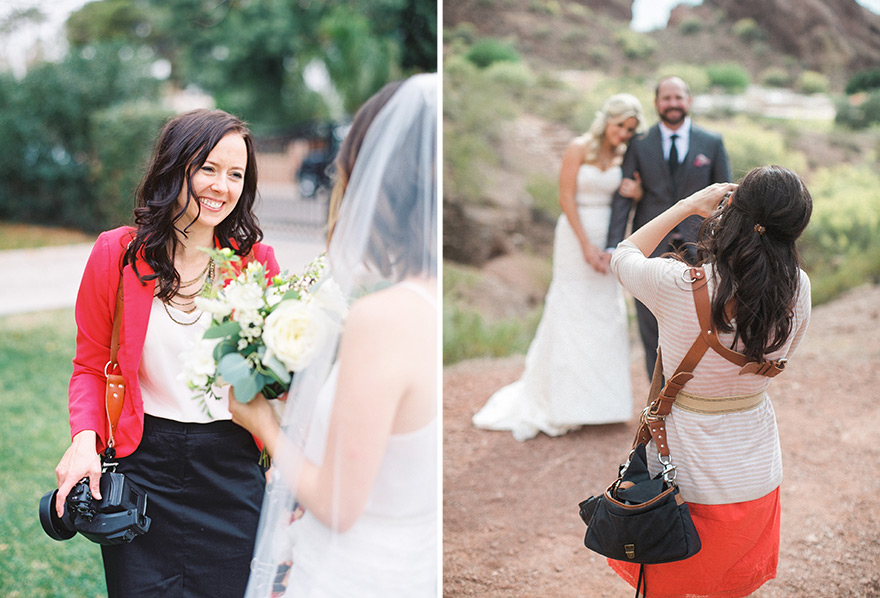 I added a small Ona Bowery Bag to my harness as well to carry extra film inserts for quick changing. Oh -- and those are about $250 each! (I have 3 extra) Yikes! This is really adding up. You're probably looking at an initial investment of close to $10,000 to shoot medium format film.

Then there are the ongoing film and processing costs. When shooting one roll of 16 frames (that's all you get on 120 film!), you have the cost of buying the roll of film, and then the cost of paying your lab to develop it, scan it, and deliver high resolution .jpgs to your inbox. I shoot primarily two film stocks. Fuji 400h runs about $6-$8 per roll and Portra 800 is $8-$11 per roll. If you buy in bulk, you can get your film at the lower end of that range. Earlier this year I purchased 600 rolls of film in one order (see photo at the top of this post). That should last me awhile -- haha! Lab processing fees vary by lab, so you have to do your homework to compare prices. I use Photovision -- a lab up in Oregon -- and after doing the math, I spend about $27 per roll of film on average for both the cost of the film itself and the processing. So every time I press the shutter, I'm spending $1.70 regardless of whether the photo is usable or not. Are you thinking what I'm thinking? No pressure, right!? :) For engagement shoots, I use about 6-8 rolls of film, so my costs are $150-$250, and for weddings, I shoot between 15-25 rolls for a total of $400-$700.

Q: Since the Contax 645 is no longer in production, where do you purchase your camera bodies, backs, parts and service?
A: In my experience, there are three go-to places to look for Contax gear:

1 -- The Contax 645 Film Photography Facebook group (Users post their gear for sale there.)
2 -- The Contax Rental Store (They have both rental and purchase options.)
3 -- eBay

I purchased one of my kits from a user of the Facebook group and another from eBay. Both worked out great! For service and repairs, there are a number of experts throughout the country. I recommend asking on the Contax FB group. I have used Kew's Camera Repair in Utah and they were great! 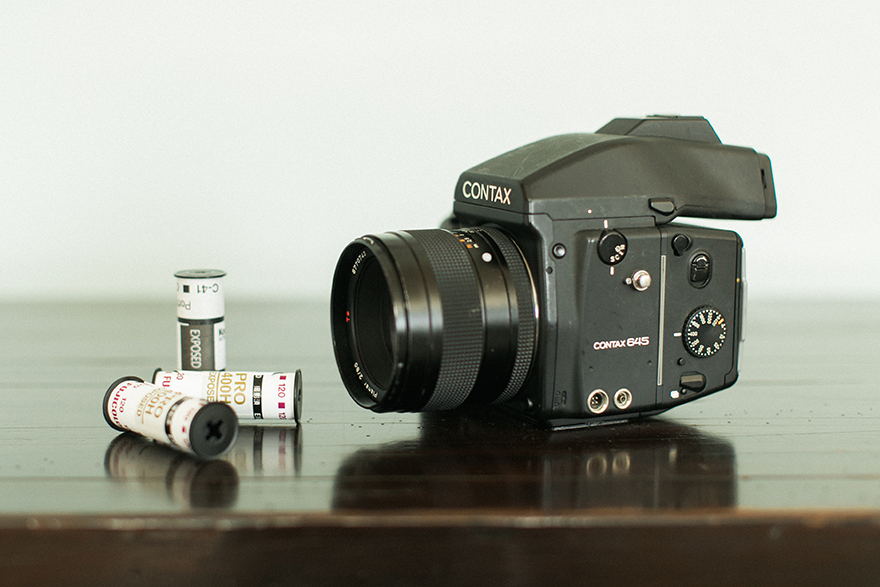 Q: How do you deal with the additional cost of film? Do you pass on the added cost to your clients?
A: This is a great question and the answer is, "Yes, you should." For a number of reasons, I have chosen not to raise my wedding package pricing at this time. One of the reasons is that I'm already one of the more expensive photographers in my market. And another is that I'd like to book more weddings and get clients in the door who value my style and the look of film. I did make a few tweaks to the services and products included in my packages to save myself some overhead costs while keeping the cost of my packages the same for clients. These small changes have effectively off-set some of the added costs I've incurred with film while not increasing the barrier to entry for clients. Hopefully this makes sense and helps! Pricing is a very personal decision and so many factors come into play. But understanding the costs associated with film helps when calculating what you need to charge in order for it to make sense for you and to still earn the amount of profit that you need for each wedding.
Share On: FacebookTwitterPinterest
+ Comment + 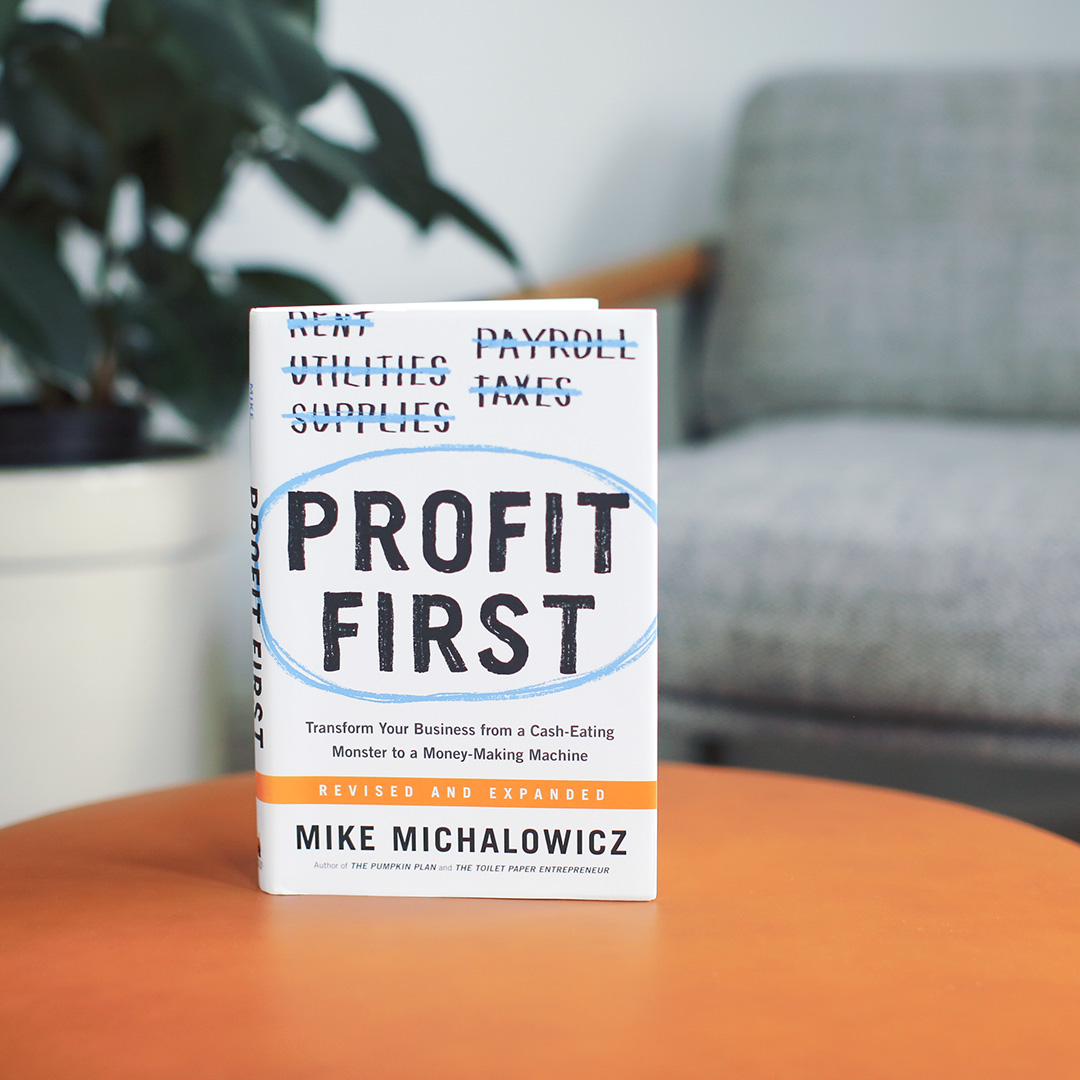 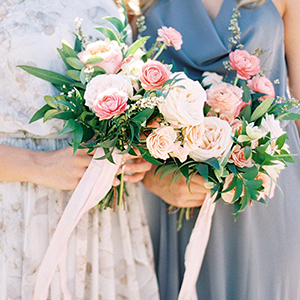 
The #1 marketing opportunity photographers are missing