GET MJP IN YOUR INBOX!
Category: Other Photos • View All Posts 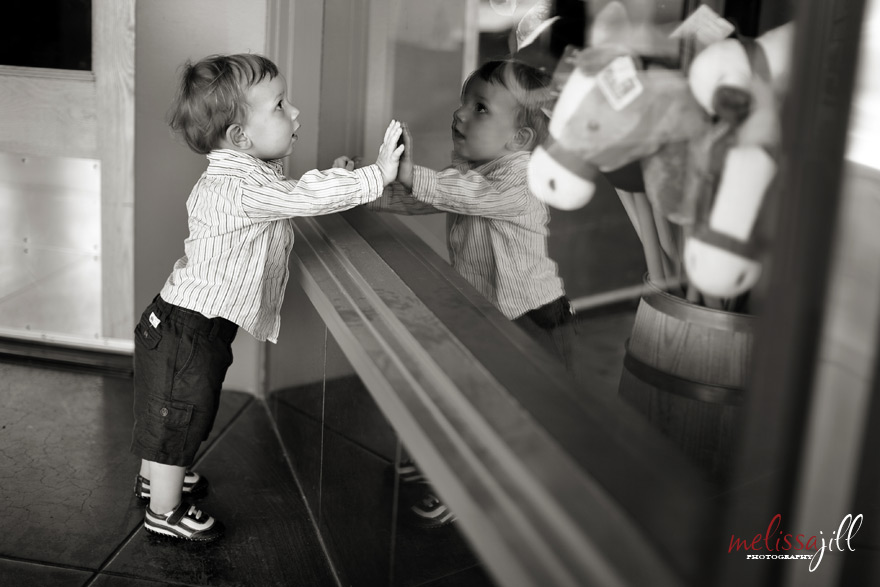 This cute little guy just turned one. He belongs to my friends Joel & Andrea. I met up with them on Sunday to shoot some quick family portraits for them in downtown Chandler before Hamilton's first birthday party. Then I stayed on and photographed the festivities! It was super-fun! You're going to want to stick with this post because it ends with Hamilton's first experience with birthday cake. SO. WORTH. IT. 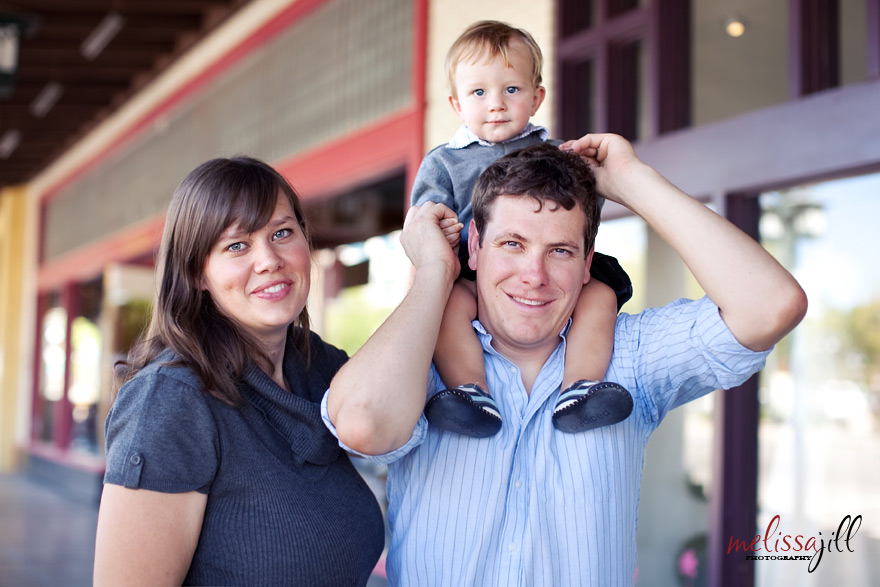 I love this! During the shoot Hamilton did a little window shopping: 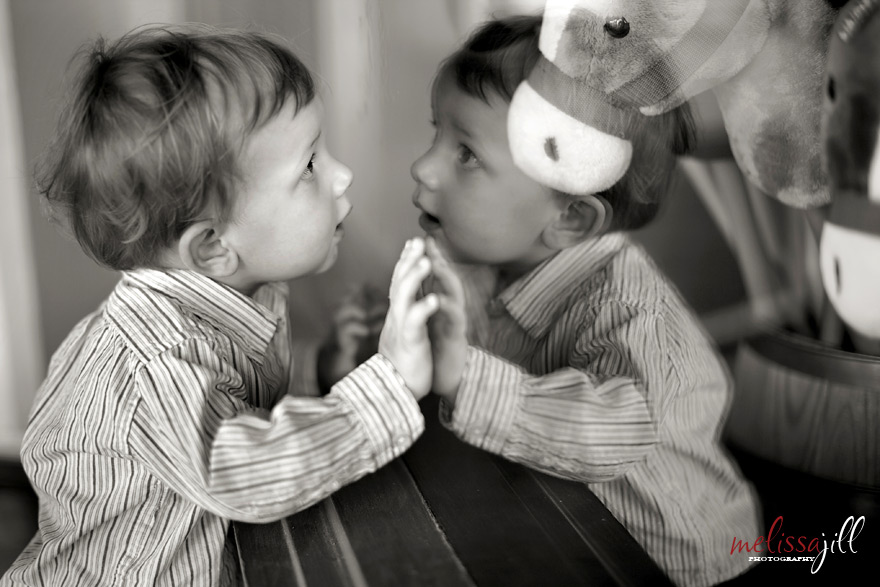 I love his two bottom teeth! Such a cutie!! 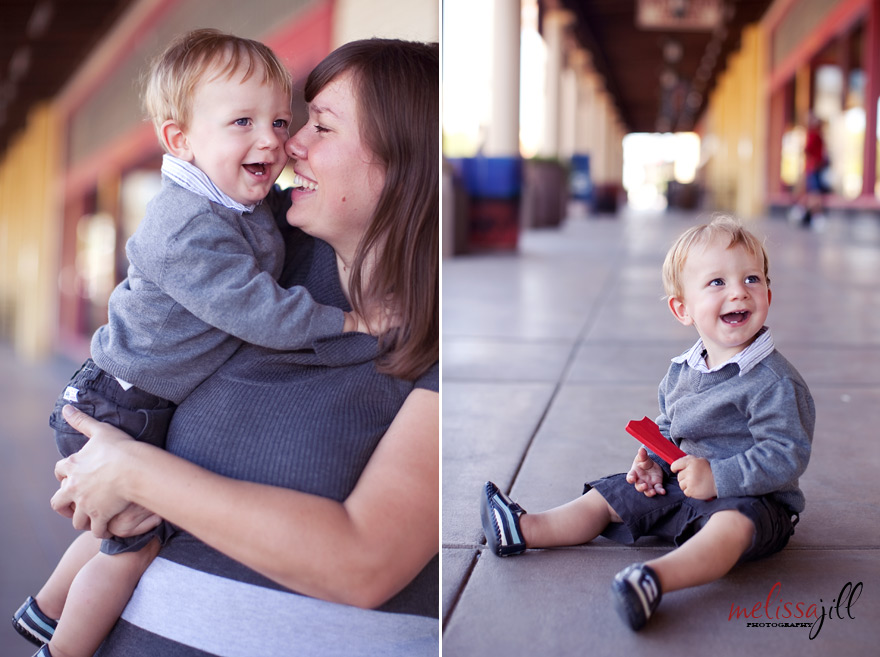 After the shoot we headed back to Joel & Andrea's house for the party. Andrea did an AMAZING job with all the details! 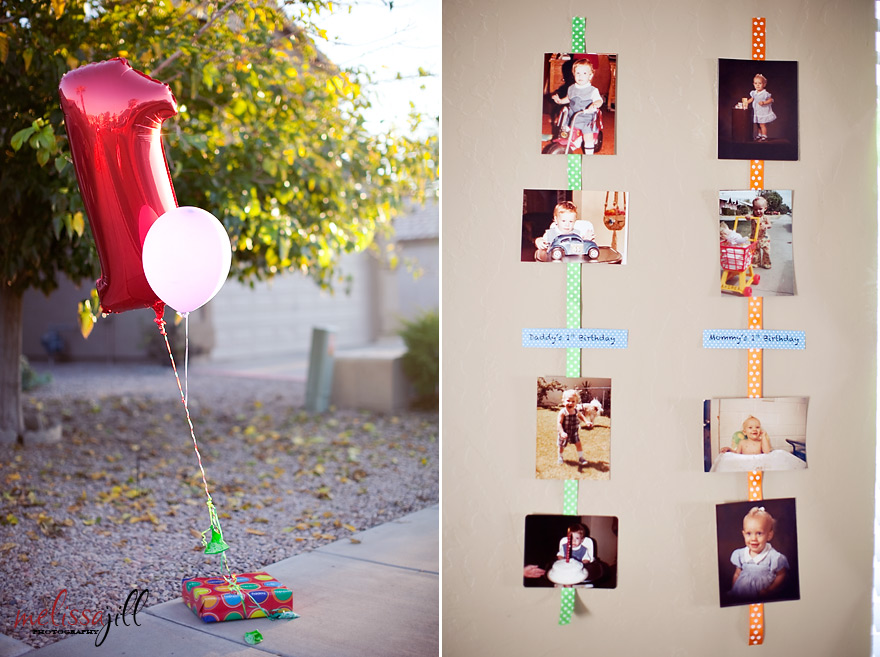 The guest of honor was impressed. 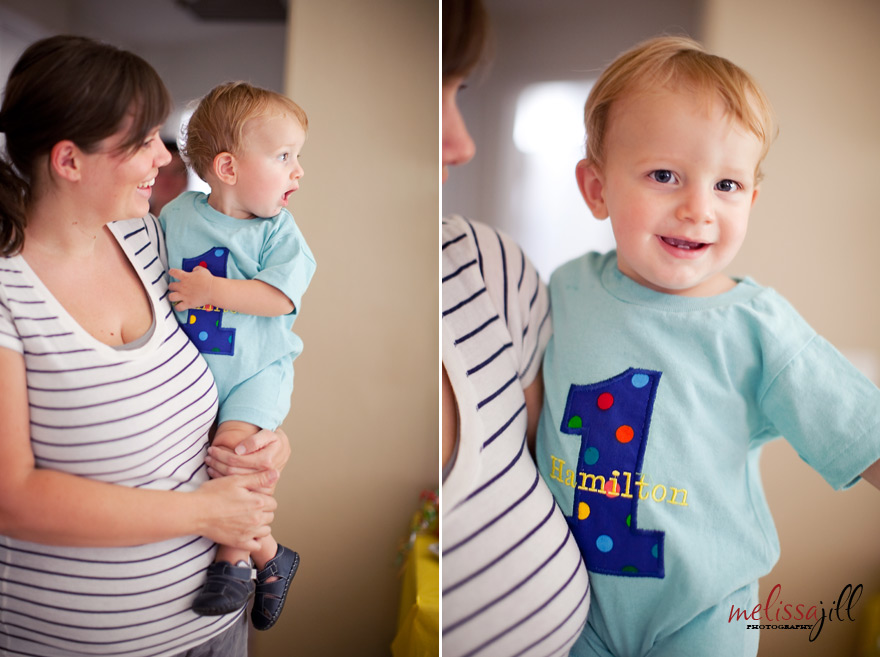 SO many fun things to photograph including a PB&J bar, cupcakes, and sugar cookie favors spelling out "HAM": 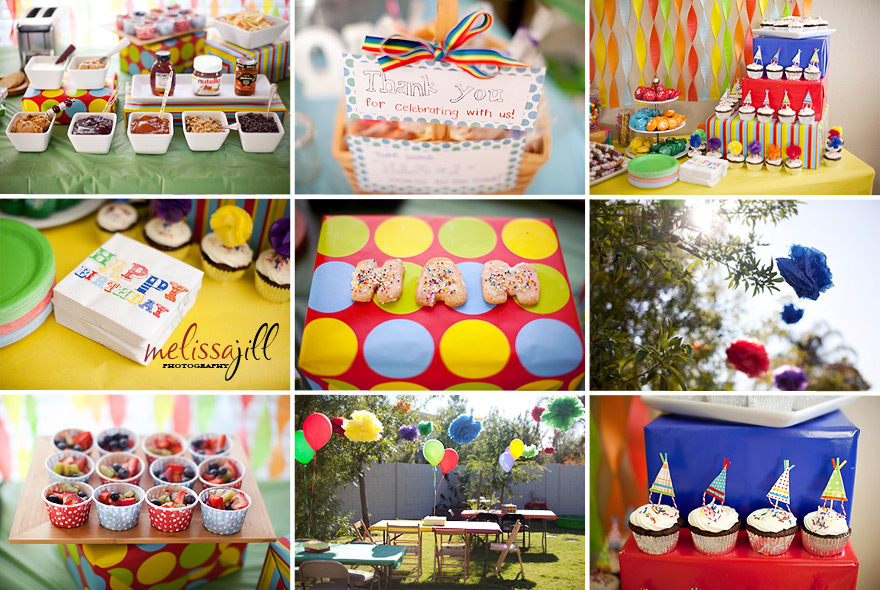 Milk and juice were served in cute frosting and sprinkle-rimmed glasses: 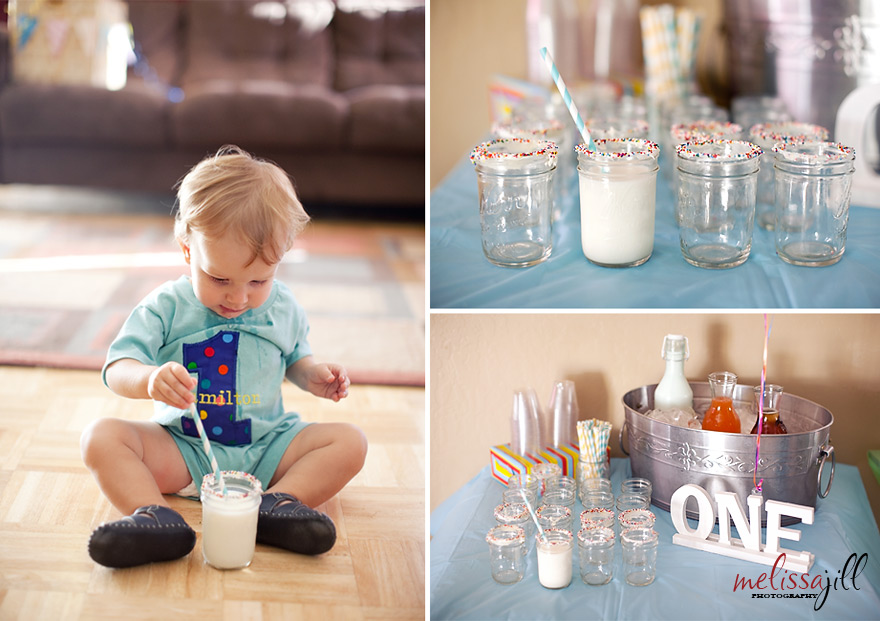 Guests were asked to draw Hamilton a picture corresponding to a letter of the alphabet to create a book for him: 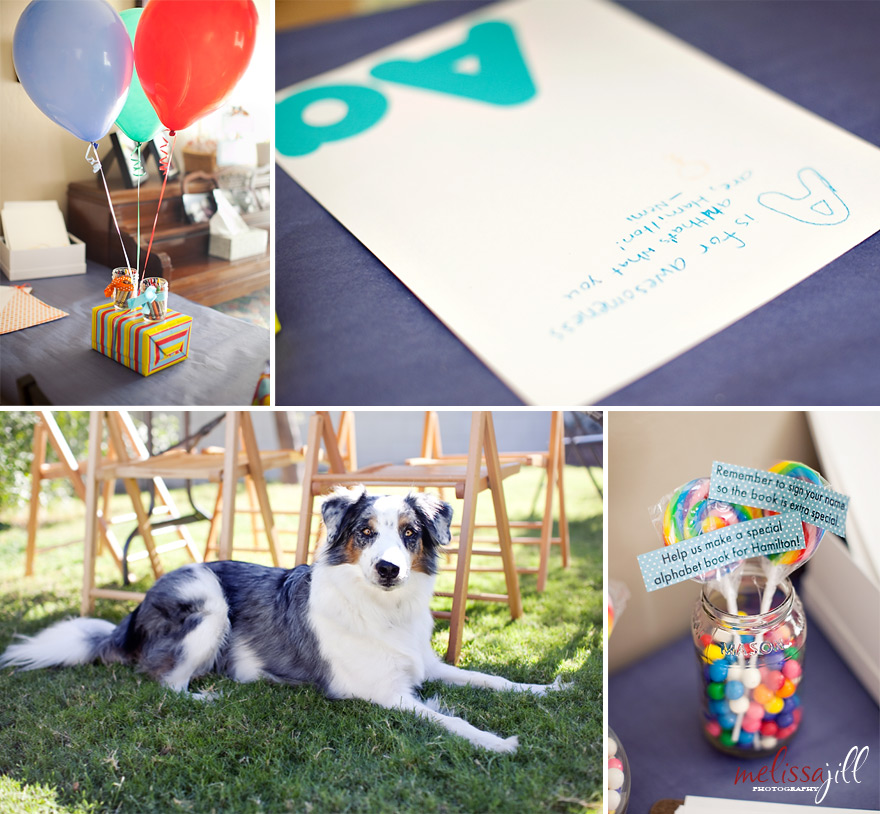 Hamilton's grandparents in Idaho attended the party via Skype. Hamilton talks to them weekly on the computer so he's a pro: 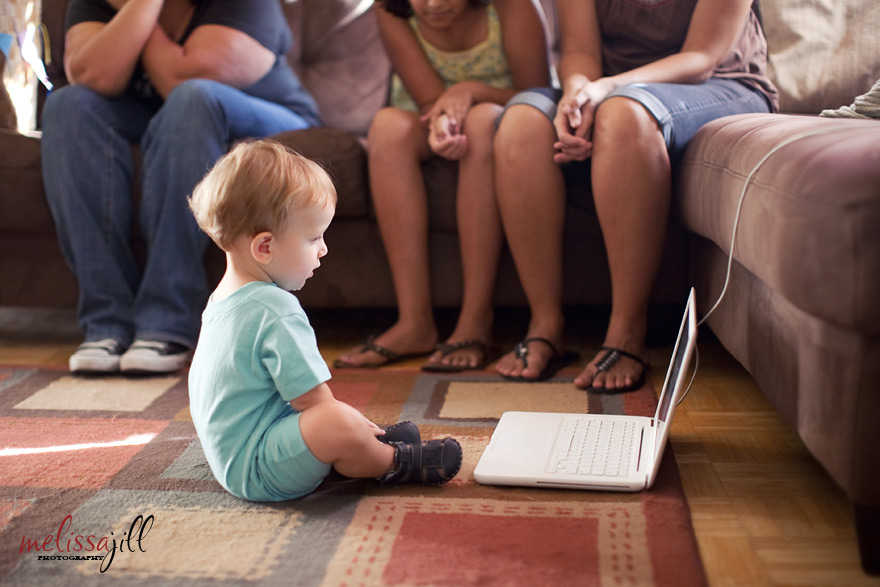 Hot air balloon rides were available in the backyard for the youngsters who could fit in the basket: 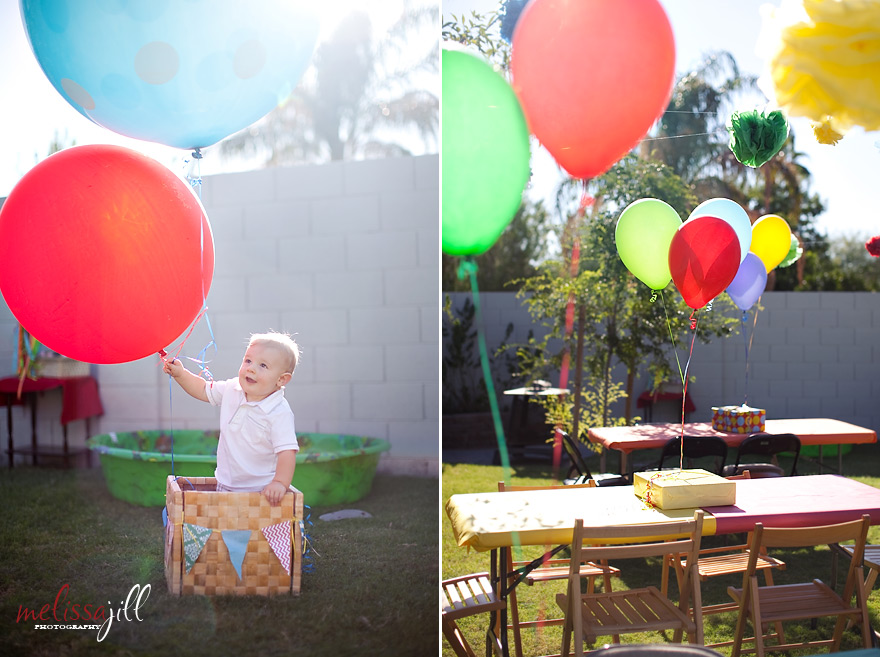 Hamilton's first birthday cake included a sparkler candle in the shape of a "1." 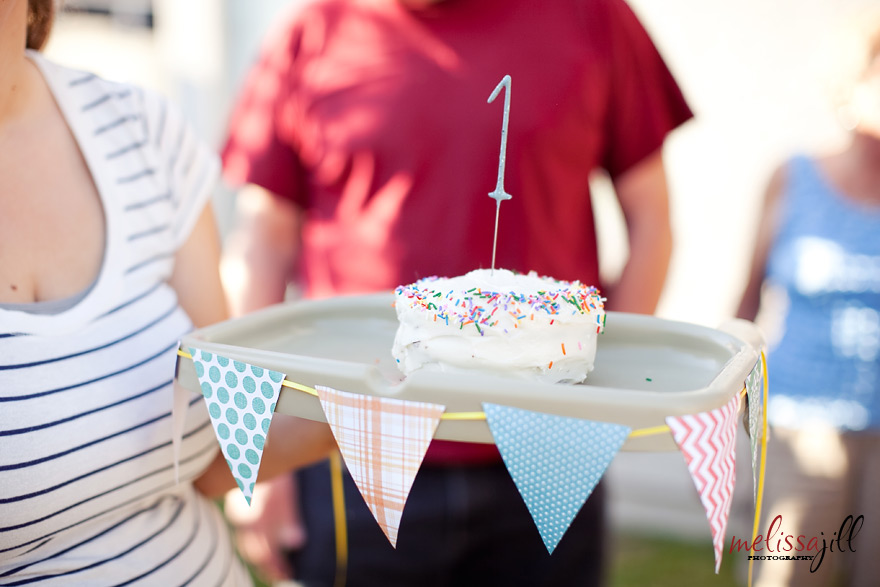 He wasn't so much a fan of the sparkler... 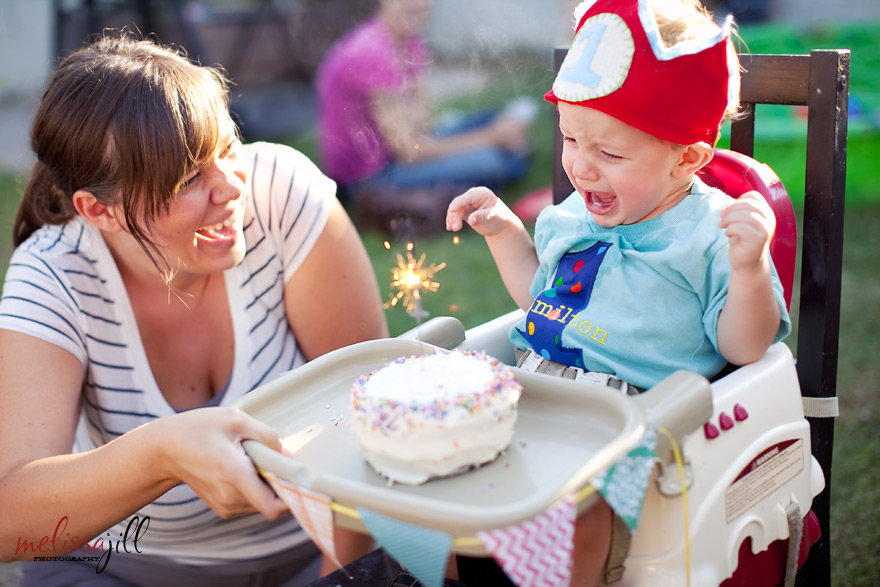 ...but the cake (which he refused to eat without a spoon) made up for it: 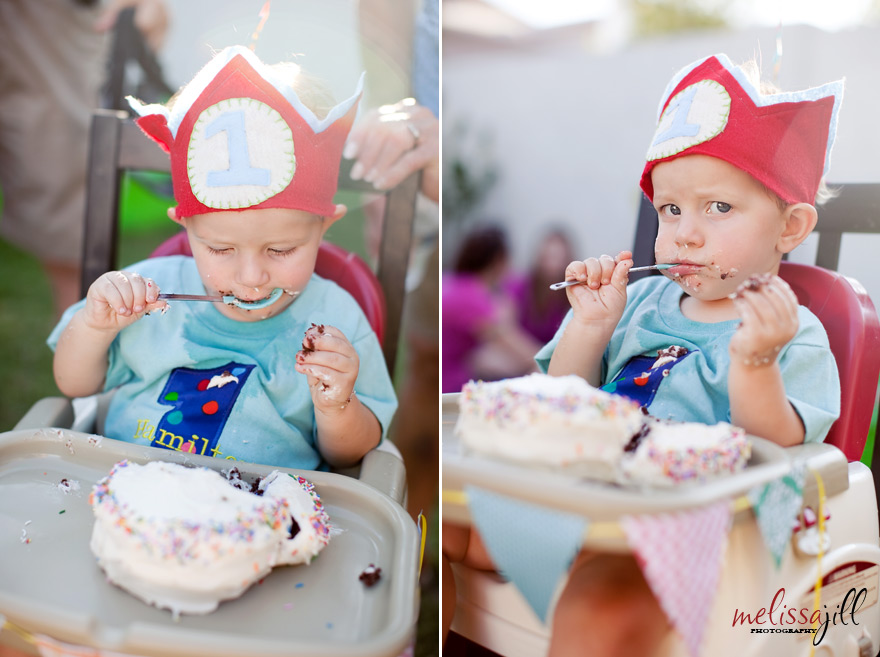